Elder Wendy Smith-Martin heard the voice of the Lord in October of 2002. She called a meeting of wise and seasoned counsel and with God’s guidance and inspiration unfolded the vision that God had shared with her concerning Greater Victory Christian Center.

On December 31, 2002, this vision was made into reality and the very first service for Greater Victory Christian Center was held in the Grand Ballroom of the Sheraton Hotel in Marietta, Georgia. As Pastor Martin labored in the Word of God and prayer, she began to lay the foundation for the operation of the ministry that God had entrusted to her. The congregation was taught to place their faith completely in God and His power to guide them and their ultimate place of destiny. The members of Greater Victory Christian Center began to enhance their spiritual lives under the teaching and preaching of Pastor Martin, thus drawing other souls to the ministry to be saved.

GVCC began worshipping at the Capitol Square Plaza, where manifestation and expansion continued. It was during this time that the vision exploded in Pastor Martin, and she began to experience a very strong impression to transition GVCC to a more permanent facility.

In 2003, GVCC began to hold services at Beulah Heights Bible College Chapel. Pastor Martin and the membership could sense that the Lord was about to provide them with a supernatural miracle.

The church continued in prayer and fasting concerning a permanent facility and in 2004, the search was intensified and the faith of the membership was solidified. The vision of GVCC was in their hearts, and they were not letting go. On December 31, 2004 exactly two years after the initial service, the Lord allowed the full manifestation of the vision to come to pass. GVCC worshipped in their new facility located at 2950 Sylvan Road in East Point, Georgia.

As we continued to experience great success in evangelism and discipleship. We began an important emphasis on discipling men and women in Christian ministry. Our focus on ministry and community service led to the development of I-CAMP, Food and Clothing drives, adoption of Parklane Elementary School, collaborate and partner with other local schools and community leaders.

In February 2015, we recognized and began to experience growing pains and had to make adjustments in order to develop the infrastructure to support the growth of the church. Pastor Wendy established a team to partner with her in leading the church forward.  In February 2016, we were able to sell our church of 12 years in the East Point community to make purchasing decisions and prepare for expanding Greater Victory’s reach in the journey ahead.  During this season of ministry, God led us our present location at 7340 Old National Highway, Riverdale, GA. Here we are making great strides in fulfilling the purposes of God; and it is HERE, our temporary location, God has provided us the opportunity to recharge, rejuvenate and regain, to re-launch what God started over 15 years ago.

To God be the glory, great things He has done! 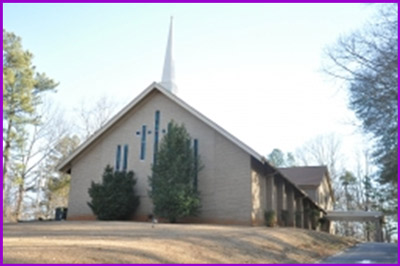